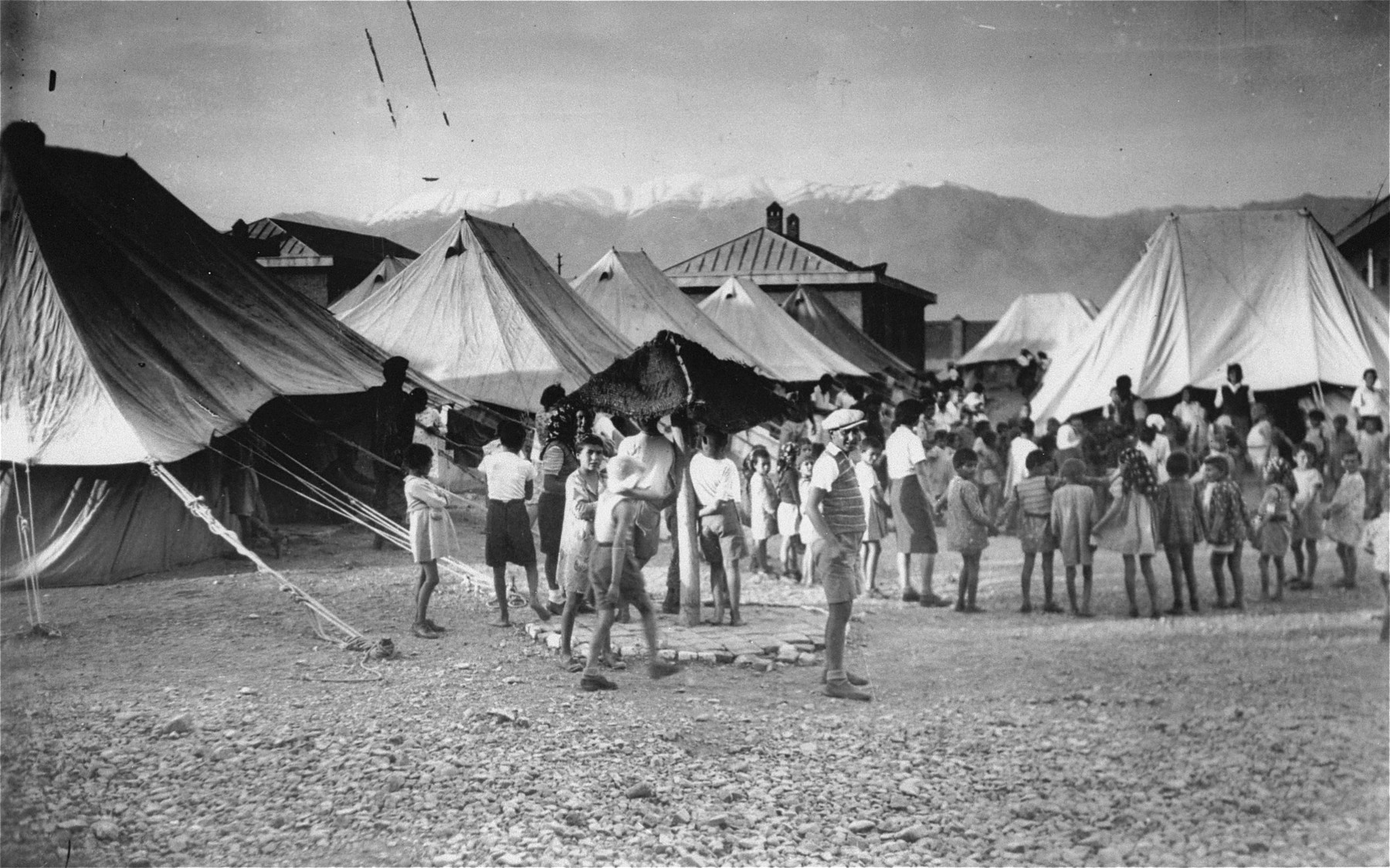 In the middle of World War II, Tehran became a haven for both Jewish and Catholic Polish refugees who were welcomed as they arrived from Soviet Central Asia.

In the summer of 1942, Bandar Pahlavi, a sleepy Iranian port town on the Caspian Sea, became a city of refugees. On its shores were clusters of tents, a quarantine area for typhoid patients, and a large area for distributing food. Outside the tented area, local peddlers hung baskets of sweet cakes and sewing thread, disappearing periodically when club-wielding policemen appeared.