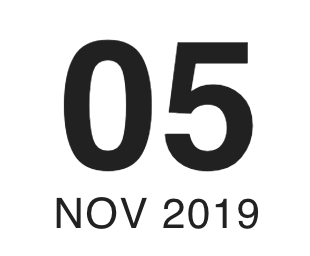 Eight decades ago, my father boarded a train in Soviet Union whose destination was Iran. He was a child caught in the cross-currents of global conflict, starving, and his ultimate survival depended on geopolitical alliances, fierce advocacy efforts–and, though it is hard to describe his situation in such a way, luck. That odyssey which began in Poland would lead to Arkhangelsk, Samarqand, Tehran, and finally Tel Aviv.

My father’s story, and that of nearly a thousand child refugees fleeing the Nazis, remained largely unknown to me for most of my life. But ten years ago, I began my own journey to understand what happened to my father, his family, and the children he travelled with. In October, the publication of Tehran Children was the fruit borne from that effort.

Since then, I’ve begun the next phase of this journey, setting out on a book tour that has given me the opportunity to tell this story in person. I speak to different audiences: from Jewish Community Centers to Centers of the Iranian diaspora; from academic programs in Berkeley, Stanford, Yale, Harvard, and elsewhere, to Politics & Prose bookstore in Washington D.C. and 92nd Street Y in Manhattan. The experience has been humbling. I often meet people in the audience whose stories mirrored my own, and that of my father. This is not so surprising, considering that a quarter million refugees followed this same path through Central Asia to survive. At the 92Y I met a gentleman named Edward, whose father had travelled the same route as mine. As a result of that journey, Edward himself was born in Tehran!

The number of people who have reached out to me since Tehran Children came out has also confirmed my sense that there are far more people with experiences like my father’s, and I look forward to hearing more of their stories My book is the first to tell a comprehensive history of these Holocaust survivors of the East. As these first few weeks have sped by, I’ve been able to share the story of my father’s first Yom Kippur in Tehran with the New York Daily News, and the larger story of Polish Jewish and Christian refugees in Iran with Foreign Policy magazine. was especially grateful to receive reviews in The New York Times and Forward.

I’ll be on the road for the next seven months. Clear here to see my schedule.