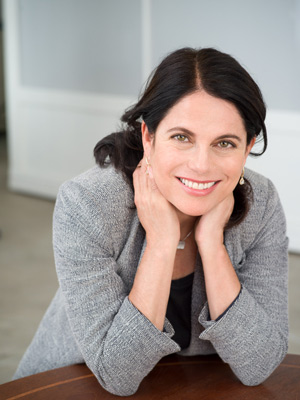 Mikhal Dekel was born in Haifa, Israel, to a Holocaust refugee father and an Israeli-born mother. Over the course of seven intense years, she completed her mandatory military service, earned an L.L.B. from Tel Aviv University’s Buchmann School of Law, interned at the Tel Aviv State Attorney’s Office and joined the Israel Bar Association, before deciding to take a complete break. In New York, where she traveled to regroup, she worked odd jobs, sat for hours at the MOMA before Monet’s Water Lilies, and eventually began a graduate program in English at the City College of New York and then a Doctoral program at Columbia University. She now lives in Manhattan with her family and teaches English and Comparative Literature at the City College and the CUNY Graduate Center. In 2021-2022, she was appointed as the Stuart Z. Katz Professor of Humanities and Arts.

Tehran Children is the culmination of Mikhal’s decade-long journey to understand her father and the odyssey at the core of his childhood—an experience which he never talked about, though it informed every aspect of his being. His wartime odyssey was also part of a larger chapter in the history of World War II, that of a quarter million Polish-Jewish refugees in Central Asia and the Middle East. The fact that most Polish Jews who survived the war had followed this path was virtually unknown at the time when she began writing.

Prior to Tehran Children, Mikhal had published two books: The Universal Jew: Masculinity, Modernity and the Zionist Moment and the Hebrew monograph Oedipus be-Kishinev (Oedipus in Kishinev). She has also published published numerous articles and blog on topics such as George Eliot’s Hebrew translations, tragedy and revenge in Israeli literature, and autism and the English novel. Her scholarly work has received support from the National Endowment of the Arts, the Mellon Foundation, and the Lady Davis Foundation, among others.

At CCNY, Mikhal, a Distinguished Professor of English, teaches courses on Literature and Theory of Migrations, the Historical Memoir, Representations of Trauma, Law and Literature, and other topics. Mikhal also directs the Rifkind Center for the Humanities and Arts at CCNY, which under her leadership has supported faculty research, awarded fellowships and hosted talks, conferences and interdisciplinary seminars that seek to broaden academic conversation. For more info, visit rifkindcenter.org.