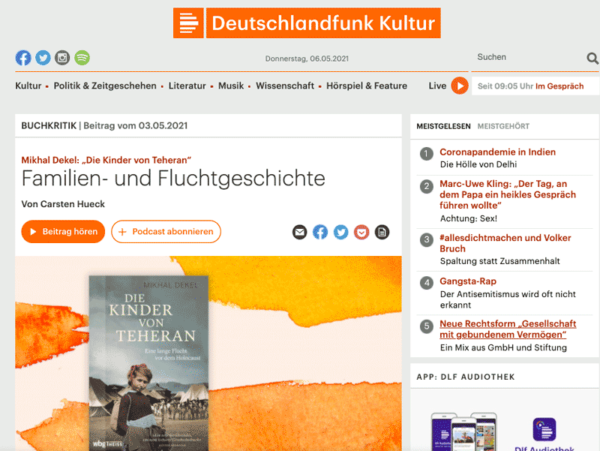 Great review of the German edition Die Kinder von Teheran in this podcast: 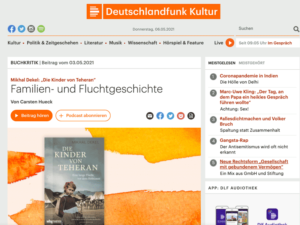 We know the iconic photos: German soldiers pulling the beard of an elderly Jewish man, a child with hands raised in the Warsaw ghetto, the survivors of the concentration camps after liberation. The Shoah is well documented, and literary evidence of the deportations and conditions in the camps are many. On the other hand, there are much fewer depictions of those attempting to flee or escape.

Escape and displacement as a way of life is the focus of the immensely impressive and excellently written book by Mikhal Dekel. She brings historical facts, meticulous research and subjective experiences together on two narrative levels: the creation of the book and the reconstructed story of her father.

In her book, [Dekel] casts light on an area of Holocaust history that has been largely unexposed until now. Die Kinder von Teheran re-connects past and present while probing questions of national identity. It is stunningly profound yet vividly and empathetically written. More than non-fiction it is no less than a class unto itself.